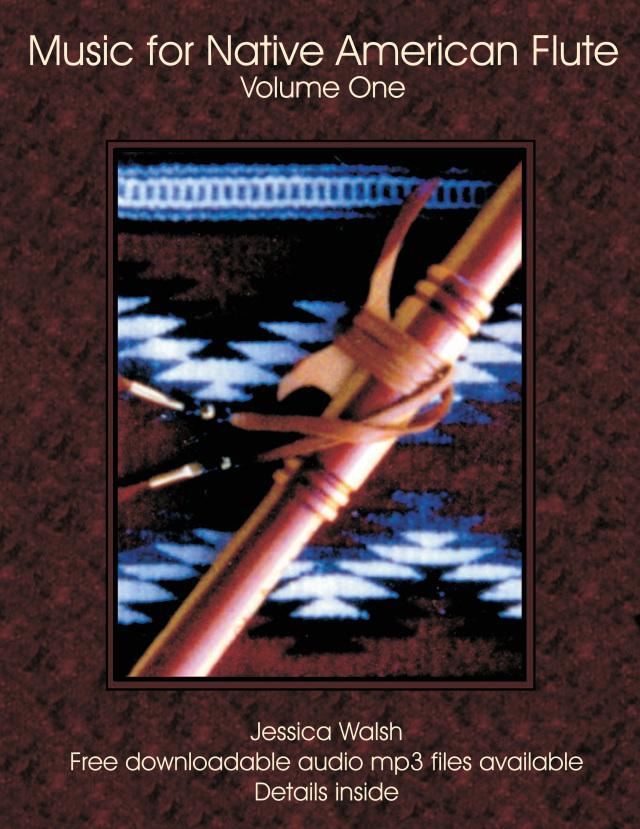 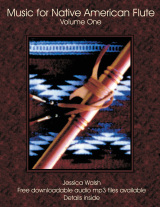 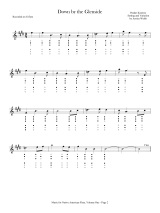 The music in this volume was thoughtfully — and joyfully — selected specifically for Native American Flute; wandering Kokopelli-style through a world of tunes, the author chose dances, lilts, and ancient songs, some as old as the rock art images of Kokopelli himself. A dance from the Greek islands, a rant from the Scottish highlands, a melody from the mountains of Peru, and an ancient song captured almost 800 years ago by the quill of a Castilian king are a few of the pieces collected.

Each tune has that inexplicable but necessary magic, the quality which draws the flutist to play it again, just one more time...

Jessica, the author owns a company that produces native flutes, their web site is http://www.nighteagleflutecompany.com/

I discovered a wonderful new songbook for anyone who's looking for new music to play on the Native American Flute. It's called "Music for Native American Flute, Volume One", by Jessica Walsh. The publisher sent me a review copy and I fell in love with it. First of all, this book has been around for a while (2005), it just hasn't been very well advertised until now. The book has the sheetmusic (Nakai Tab + flute pictographs) for 40 songs. There is a companion CD included on which Jessica plays all of the songs on a variety of flutes. What I really love about this book is the variety of world music included. Jessica has songs from around the world, including folk tunes from Scotland, Ecuador, France, Walsh, Ireland, Japan, Greece, Israel, Palestine, Canada plus a few classical tunes. No where else have I seen a such a refreshing collection of tunes all transcribed for the modern-tuned (pentatonic 6-hole) Native American Flute. There are nine tunes written entirely in the basic pentatonic scale and will be easy for beginners to start with (no cross-fingering). Beyond that the rest of the songs will keep any advanced beginner to intermediate flute player challenged for a while. Mike Oitzman ;Northern California Flute Circle

Music for Native American Flute is my first songbook by Jessica Walsh, who has penned numerous other books on Celtic, Renaissance, Medieval, world, and ancient Spanish music for flute. Music for Native American Flute Vol. 1 showcases 41 songs from around the globe adapted for Native American flute tablature, most in the key of G. There are songs from all corners of the globe: from Ireland, Wales, Scotland, England, Italy, Greece, Russia, medieval Spain, Israel, Palestine, Syria, Japan, Canada, First Nations (Ojibway), America, Peru, and Ecuador, all adapted for the range and voice of Native American flute. Each tune is described in the front of the book, its country of origin, and a bit about the tune's history. There is also an audio CD that features all 41 songs, so you can listen as you read/play along. Normally associated with First Nations music, the Native American flute is a virtual chameleon here, taking on the breathiness of a Syrian nay, the haunting song of the Andean panpipes, the dulcet tones of a Medieval recorder. The amazing feat is that a simple instrument that is generally heard in First Nations/New Age music in a much-simplified context has, thanks to Jessica Walsh, pushed the envelope into a virtuosic instrument capable of handling European airs, dance, and Eastern laments. I can't wait until a Vol. 2 is released, hopefully with more Eastern (Indian, Chinese, Middle Eastern) flavour. Sarah MI